Is Drug Trafficking a Violent Crime?

Although many people believe that drug trafficking is the same thing as drug dealing, the law defines the terms differently. In fact, most states don’t have a law that specifically mentions drug dealing, and instead use other terms for the various drug offenses under which people are charged.

Though laws vary from state to state, as well as on the Federal level, Louisiana law differentiates between drug possession and drug manufacture or distribution, of which the latter is much more serious and carries harsher penalties for every schedule of drug. Drug regulations are a complex area of the law, so in this blog, we’ll try to help you understand the basics.

When a government, whether local, state, or federal, classifies a substance as “controlled,” it usually means that the use and distribution of the substance is controlled by law. Usually, controlled substances are drugs, and are classified under different levels or “schedules” in statutes. Under the federal Controlled Substances Act (1970), the following schedules are defined: 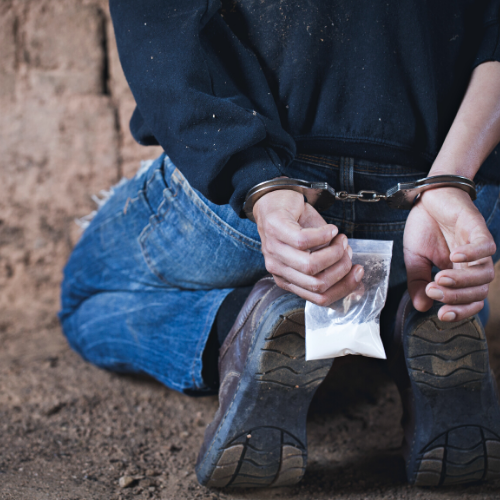 You can be convicted of drug trafficking if you manufacture, sell or distribute illegal drugs, though it’s also a crime of weight and measurement. While specific amounts vary from state to state and drug to drug, if you’re found with a specified amount of any illegal drug you can be convicted of trafficking, even if you don’t manufacture, buy, sell, or transport the drugs.

Drug possession and drug trafficking charges vary wildly from state to state. In some states, for example, marijuana is legal to possess for personal use, even though it’s still federally illegal in the United States. In Louisiana, however, that isn’t the case. The following table shows a few drugs and the drug's charges & penalties for possession and trafficking.

You can find more detailed information about the various penalties and felony charges for drug possession and trafficking in the state of Louisiana here, or talk to a drug enforcement lawyer.

If you’ve been charged with drug trafficking, you need a criminal justice lawyer to represent your rights in court. Drug trafficking crimes are some of the more serious charges you can face, regardless of the state. They often come with steep penalties, both in terms of prison time and financial burdens, as well as mandatory sentences in many cases. Receiving a drug crime conviction can permanently alter your life.

Because of this, you need to speak to a local drug crime lawyer as soon as possible after being charged, or even being questioned by the police, about a drug trafficking crime. An experienced criminal defense attorney like one of the team at Rozas & Associates will not only know all the details and complexities of drug law, but they will also know how to evaluate the facts of your case, how to apply the law to your defense, and can give you advice about your options. Our results really do speak for themselves, so give us a call, schedule your FREE consultation online, or stop by our law firm in Baton Rouge!